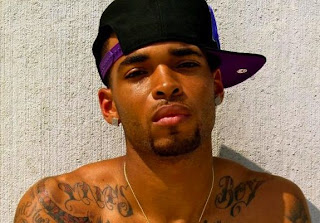 Atlanta rapper and Waka Flocka Flame affiliate Slim Dunkin was shot and killed today. A source close to Dunkin has confirmed to MTV News that the Brick Squad Monopoly rapper is indeed gone. Several rappers took to Twitter to send their condolences. "RIP TO MY N---A DUNK," wrote Brick Squad Monopoly member Wooh Da Kid. "Racks" producer Sonny Digital also expressed his grief. "The first n---a to really f--k wid a n---a b4 i was sh--. #salute to my n---a dunk! RIP SLIM DUNKIN," he tweeted. BSM CEO Waka Flocka has yet to comment or tweet about the incident. MTV has reached out to the rapper's reps as well as the Atlanta Police Department for comment, but have yet to receive a response. Dunkin has appeared on a number of songs with Waka like "F--k the Club Up," "Bang" and "Karma" all from Flocka's 2010 debut Flockavelli. He was also featured heavily on Waka's mixtapes like Twin Towers, Twin Towers 2 (No Fly Zone) and LeBron Flocka Flame 3. Dunkin was on his solo grind as well. This past Halloween the street bred MC released Menace II Society, a 20-track mixtape which featured Gucci Mane, Roscoe Dash and Pastor Troy. By Rob Markman
Reactions: