MYSTIKAL HEADED BACK TO JAIL

MYSTIKAL HEADED BACK TO JAIL 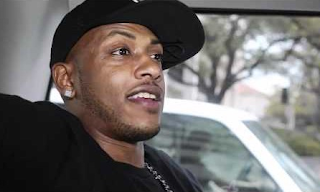 Rapper Mystikal will be going back behind bars for three months because of a probation violation.

Mystikal, whose real name is Michael Tyler, was released from a Louisiana prison in 2010 after serving six years for sexual battery and extortion. He’ll be returning to jail May 14.

On Monday, state District Judge Tony Marabella added the extra time as a condition of the 41-year-old Tyler’s five-year probation in the extortion case because he was arrested in February on a misdemeanor charge of domestic abuse battery.

Prosecutor Sue Bernie said Tyler violated his probation, which called for him to remain arrest- and conviction-free.

Tyler’s attorney says Marabella ordered Tyler to spend another 90 days in jail but is giving him credit for the nine days he was detained after his arrest.