Bar near Amway Center runs up $57,000 debt to taxpayers 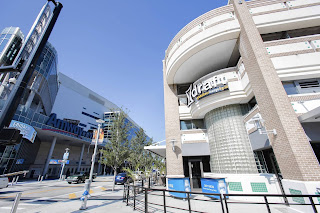 Orlando officials bent over backward in late 2010 to help open Draft Global Beer Lounge across the street from Amway Center.
Between a renovation allowance, rent forgiveness, a grant and a donation from a city commissioner's district budget, the city has given the bar owners more than $300,000 of taxpayer money. Now it turns out that the city's tenants in the publicly owned building paid no rent for nearly a year.

Even so, city officials agreed three months ago to reassign the lease, allowing a new company controlled by the old tenant's main investor — a player for the NFL's Philadelphia Eagles — to shrug off the $57,000 in back rent and utilities owed to Orlando taxpayers.
"They allowed the same people … to start over from zero with a clean slate," said Willie Fisher, one of the bar's founders who is now in a legal dispute with his former partners.
Fisher said the transfer of the lease was rushed, improper and allowed only because one of his former partners has a separate professional relationship with City Hall's top administrator and City Commissioner Daisy Lynum.
"It's totally unethical," Fisher said.
Fisher is referring to Kimberly Stewart, a member of Draft's original parent company who is also a financial adviser. Lynum said Stewart at one time handled one of her retirement accounts. Orlando Chief Administrative Officer Byron Brooks said he remains one of Stewart's investment clients.
But Lynum and Brooks were both unequivocal in saying that relationship had no bearing on the city's decision to shift Draft's lease to the new company.
"That is blatantly false and I'm offended that [Fisher] would even make such an assertion," Brooks said. "I've not had any direct involvement with the lease or the lease arrangements."
Jameil McWhorter, attorney for both the new company and the old company, blames Fisher and his partner Pat Nix for mismanaging the bar and failing to pay rent and other bills.
"The new owner of Draft is working very diligently to pay vendors, meet its financial obligations and handle its business affairs in an effort to remain a valuable employer and partner in the downtown area and to ensure that Draft is successful,'' McWhorter wrote in an email to the Orlando Sentinel on behalf of Stewart and Eagles cornerback Dominique Rodgers-Cromartie.
The club occupies the most visible spot in a row of ground-floor businesses in the city-owned Church Street Parking Garage, across the street from Amway Center. City leaders were excited to have the business move in, hoping the high-end bar would bring more foot traffic west of Interstate 4 and into Parramore.
The City Council approved a five-year, $4,456-a-month lease in November 2010, just a month after the Orlando Magic's new home court opened. The owners invested in extensive renovations, adding restrooms, a commercial kitchen, and a new air-conditioning system, flooring, lighting and two bar areas.


But it wasn't without help from taxpayers. City Hall chipped in $155,000 toward the renovation, didn't charge rent for the five months it took workers to finish renovating the space and gave the business another three months of free rent once the doors opened to the public.
Around the same time, the City Council gave the business a $40,000 grant to pay for cash registers and other equipment under a program meant to assist minority-owned businesses. A month later, Lynum used a budget meant for capital improvements in her district to give Draft a $22,000 "emergency business assistance" grant.
Records show that the justification for using taxpayer money to help the business was the need to eradicate "slum and blight" conditions in Parramore by creating a vibrant retail area.
The business was supposed to begin paying rent in August 2011, but records show the tenant didn't pay rent then or for the next 10 months. An internal memo indicates city officials met with the owners about the unpaid rent several times and were told business had been poor. As the rent bill mounted, the city made no move to evict its tenant, a company called 301 at 333 West Church Street Station LLC.
In May, the bar's attorney notified the city that the two men who had negotiated the lease with the city, Fisher and Nix, no longer had control of the company. The new manager was Reshard Investment Holdings LLC, whose president is Rodgers-Cromartie.
According to records and city officials, Rodgers-Cromartie had been a silent investor in the bar but took a controlling interest when Fisher and Nix failed to repay his investment.
Less than a month later, city commissioners agreed to the tenant's request to transfer the lease to a newly created company, RIH Draft LLC. Like its predecessor, RIH Draft LLC also is managed by Reshard Investment Holdings LLC, and thus controlled by Rodgers-Cromartie.
But as far as city leaders are concerned, the new company isn't liable for the $57,000 in unpaid rent and utilities.
"It's a different corporate entity … so it's not responsible for the debt," said Thomas Chatmon, executive director of the city's Downtown Development Board. "We want a viable business on that corner. It's a key corner given its proximity to Amway Center and the foot traffic that creates, and it was important to us that it not go dark."
City officials say Fisher and Nix owe the back rent, though they no longer manage the company named in the original lease. The new company began paying the bar's monthly rent in July.
The former partners are now fighting in court over who is responsible for the bar's debts.
Draft isn't the first tenant in the same city-owned building to run into trouble. Among others, Johnson's Diner closed in 2010, and Oopsy Scoopsy Yogurt Shop closed a few months ago, its owners charged with trying to defraud the city. Both businesses also received grants from the city.
- September 11, 2012