He began hinting at it earlier this year, but it looks like Ice Cube really could be attempting to resurrect his popular Friday film series. And original film star Chris Tucker might actually be on board. TMZ claims that a Cube Vision Production rep said that the movie is going to happen. “Absolutely yes the studio is in the process of getting the entire original cast to do another Friday," the rep says. "[Ice Cube] is very excited about this and has every intention to make it happen.” Nothing has been made official yet, however. No actors have been contractually bound for the project and there's no word if Mike Epps, who 'replaced' Tucker in the sequels, will have a part in the project. 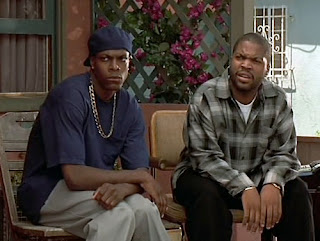